Shouts to the culture we live in – WTF

Don’t forget to see the beauty

Island vibes… When we need them most.

It’s been a few short weeks and my heart is still racing from Movement Detroit. Held in the Heart of Detroit’s downtown just along the Detroit River, Movement is easily one of the largest events to ever happen in this city. Tens of Thousands pour through the gates of Detroit’s Hart Plaza each of the three days of the festival… And at they end of the night – They all file out.

Since its inception in 2000, the Detroit Electronic Music Festival (DEMF) has evolved into a masterpiece of international presence. Hosting over 100 DJs from around the world, the event – now titled Movement – boasts nearly 100k attendees over three days.

Six major stages are positioned in Hart Plaza, three of which are sponsored by Thump, Beatport and Redbull respectively. The giant Movement Stage is positioned naturally within the plaza’s primary amphitheater and was home to acts like Art Department, Loco Dice, Dogblood, Richie Hawtin, Maceo Plex, and DJ Snoopadelic (yes, that’s Snoop Dogg). The Beatport stage was positioned just along the river and was home to Catz n Dogz, Soul Clap, Ataxia, Dubfire, Maya Jane Cole, and Nicole Maudober. My personal favorite stage was the Redbull Music Acadamy stage which was home to Method Man, Disclosure, Hudson Mowhawke, Danny Brown, People Under The Stairs, Jets, Ben UFO, Brodinkski and Squarepusher. Oh my gosh… This lineup was simply insane.

Considering Detroit is known around the world as the birthplace of Techno, it’s only right that Thump Magazine (the music channel for Vice Mag) would sponsor the “Made In Detroit” Stage. Each day this stage held space for day long showcases. The Ghostly International Showcase which closed with Matthew Dear was easily one of the highlights of the festival. On the final Day, my mind was blown as the festival drew to a close and I found myself in the presence of Kevin Saunderson & Derrick May performing “Hi-Tech Soul”. Two live production audio engineers with the addition of a live percussionist reminded me of the true essence of music. It was enormous to see live drums played along side an electronic performance of this magnitude.

Beyond the Festival itself, the entire city seemed to open its doors to host after parties, mimosa brunch events and other extracurriculars. We found our way to into the TV Lounge for Soul Clap, City Club for Maceo Plex and Skream, and of course the infamous Old Miami for Seth Troxler’s Need I Say More IX day party. Wow… I don’t think anyone slept all weekend.

All around, Movement proved to be far beyond the scope of imagination. I will surely be headed back next year for another round of high potency shenanigans. Thanks for the Motor City…

All photos are the work of Ms. Ally Cat aka Allison Roberton. Strictly film. Thank you!

Big up our partners Heart and Sole, GANJAOLOGY, Flower City Gift Shopand RWD FM plus all the homies that have contributed to the inspiration for this event.

We GIVE THANKS to you!

Listen to the sounds. Feel the vibrations. Internalize. This is a collective meditation.

To Celebrate the release of Octave One’s upcoming album ‘Burn It Down’ the Detroit duo will be holding an exclusive launch party during  this months Movement Festival. Taking place at local record store Spectacles in their Native home of Detroit the intimate event will be a rare opportunity to listen to the anticipated new album along with a special live performance from the brothers.

Movement Music Festival in Detroit is coming up this month, and the world quivers with excitement. Known by many as DEMF or Detroit Electonic Music Festival, the event has taken on a new identity in the recent years. Now know as Movement, one this is clear – this event is about getting people in motion!

The festival takes place in Detroit MI, the birthplace of Techno. The festival grounds are built in Hart Plaza of downtown Detroit which is positioned beautifully along the banks of the Detroit River with a view of Windsor, CA on the other side. For those familiar with Jazz Fest, this event is in the same place, but clearly we are turning it up a notch.

Join us Friday 5.15 at BSide for an evening of high potency UNDERGROUND DANCE MUSIC!!
This fresh monthly event will feature local and national DJs mixing the best in internationally recognized high vibrational sound system music. Get up and get inspired.

This one’s for the true heads… And the dancer types 😉

Big up our partners Heart and Sole, GANJAOLOGY, Flower City Gift Shop and RWD.FM
– Plus all the homies that have contributed to the inspiration for this event –
We GIVE THANKS to you!

DUB SIDE SELECT every THURSDAY this MAY 2015

Grab the original album The Moon Rang Like a Bell here via OWSLA imprint.

#DubSideSelect kicks off at BSide in Cleveland this Monday 4/20. DJs Damian Lauderbach, Man Amen, J. Hanna will be mixing it up with some reggae hits, deeper dub and dancehall jams to keep the dance jumpin’. Plus, chat with Cleveland NORML and The Free Clinic about what’s being said about cannabis these days.

Stay tuned for more info about DubSide Select every Thursday in May!!

For those kickin’ round the rustbelt, Ganjaology Resident selector #MANAMEN will be teaming with Cleveland local THUNDER ST CLAIR to bring you INNATEK SESSIONS – an evening of high potency UNDERGROUND DANCE MUSIC. This fresh monthly event will feature local and national DJs mixing the best in internationally recognized high vibrational sound system music.

Get up and get inspired. This one’s for the true heads.

Big up our partners Heart & Sole, Ganjaology, Flower City Gift Shop, and RWD.FM plus all the homies that have contributed to the inspiration for this event. We GIVE THANKS to you!

Ganjaology is pleased to present the – WHY NOT MIXTAPE – mixed by MAN.AMEN and TUFFA of Seattle.

This 37 minute mixtape takes you on a journey through popular underground dance music and features a hand full of your favorite producers such as Julio Bashmore, Self Evident, Max Ulis, HXDB, Subcorr, CBDL, Bambanou, Kalbata, Circula and more…

Enjoy this superb selection of sounds from Man.Amen and Tuffa! 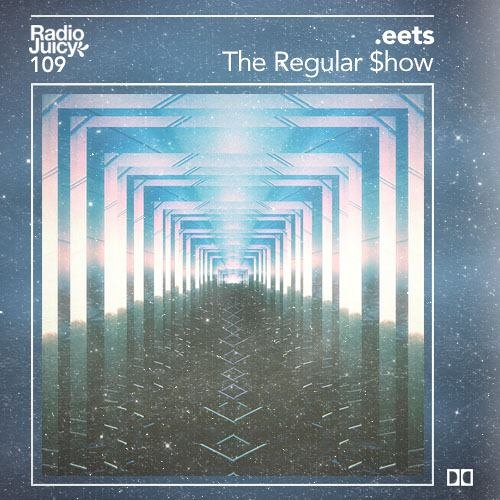 Tampa Bay based artist, Subtle, has blessed the world with a beautiful free download of his latest track, Don’t Tell Me, which he released independently.

Enjoy this freebie and stay tuned for a collaboration project between Ganjaology and Subtle coming this November.

4- Dub Will Stop The Madness