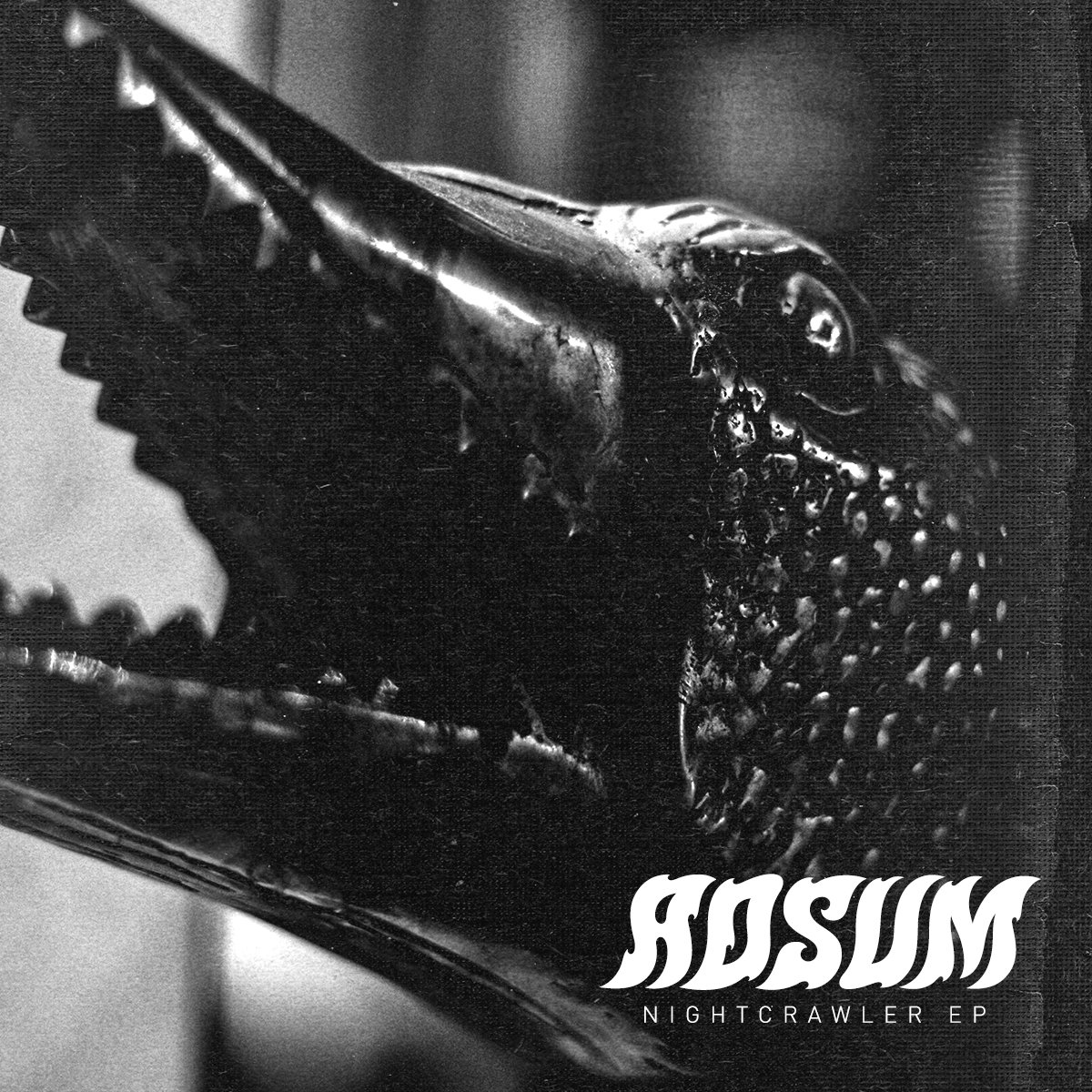 This is the 21st release on the Denver based music collective/record label Dub Animals.  Adsum has put together a dark three track release entitled NIGHTCRAWLER EP, and as you can imagine…it’s deep.

Tune in to the sounds of Adsum and stay tuned for more releases to come via Dub Animals.

Below is the tenth installment of the sub bass rooted Seismic Shift Audio Podcast. This podcast consistently is showcasing fresh sounds in the dark, tribal, sound system production world. If you’re looking for whats going on in the true Dubstep culture, this podcast is a great place to start.

For this edition of the podcast, they have brought in Dank N’ Dirty Dubz head Sashwat. This mix is full of Low Frequency and Rinses through big tune after big tune. Check this hour long mix of dark, minimal vibes and subscribe to the podcast here!

Out now on Sublimated Sounds,l is the talented west coast DJ/Producer Grim’s remix of Loww Fi’s deep tune Mosaic. As always, Grim has nailed it with the production and re-imagined an already deep tune in his signature grim fashion. The whole Mosaic EP is available now exclusively on Juno now so g’wan and support these talented artists! 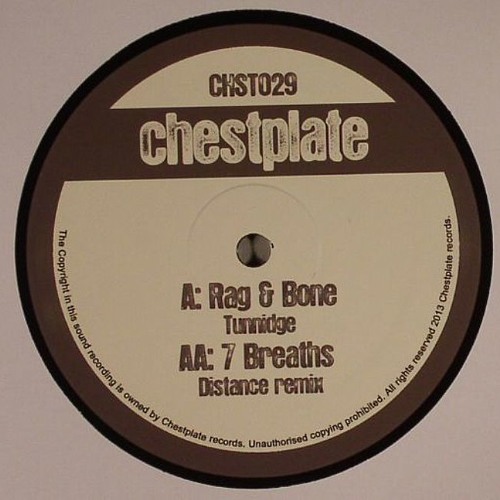 One of the kings of dubstep has just dropped today on Chestplate!  Tunnidge is bringing some serious bounce to dubstep with this tracks Rag & Bone and 7 Breaths.  Of course, if you’re familiar with Tunnidge and the whole Chestplate movement, you’ll immediately recognize the dark gritty sounds this UK producer is known for.  I’ve got to say, this might be my favorite Tunnidge releases to date!  Enjoy this one and grab your copy pronto!

Nightizm – “No God Only Us”

The Toronto based producer Nightizm has done it again!  His most recent tune titled “No God Only Us” was just released today on his soundcloud for FREE so g’wan and grab it!

This guy’s style is really unique. His ambient synths consistently carry a late-night vibe, and mesh so perfectly with his perfected trap sound. The melody in this song that bends throughout the spacey chords is the icing on the cake for me. Big things coming from this producer, don’t sleep on him.

Tonight! Ganjaology in Portland, OR, @ The Slate

Tonight in Portland, Oregon, the artist collective known as TMK1 is throwing their monthly art & music event at The Slate.  TMK1 has recruited Ganjaology, Abigail Press, and Dash EXP to bless the speakers with heavenly bass driven beats throughout the entirety of the event.  With 4 hours full of live painting, hung art, and some very rare tunes, this Last Friday is going to be a great way to get your night started.

Ever since listening to their PYC session and FKOF mix, I’ve been hungry for more weighty indulgence ushered in by the dark dragons of Kaiju.  Entering this new year, Kaiju’s Exclusive Mix for Hedmuk’s bass music blog marks my first highlight of feeling those next level forces of 2013.  Also known as some of the serious sound scientists on
Osiris Music, Kaiju, leads you on a journey full of the freshest surges and the heaviest of Dubs. The introduction simply says it all, “lay back and meditate.”  Their cutting-edge, melodic bass riddims roll in with rumbling growls and towering drops that manifest the thickest sound nodes.   Creating frequencies well-suited for Cymatic Therapy, Kaiju’s vibrations slay with keen and deep penetrating sounds, suited to stir every single sense.  The pulsing percussion of punching kicks and snares will surely lock your ear drums into this captivating underground realm.

Kromestar and Jay five have demonstrated, with their September 24th release on DEEP MEDi musik, that dubstep is still as progressive and exciting as it has ever been.  The diversity of sound and production quality on this EP not only command  respect, but lead the way for the future.  From the darker more industrial sounds of  the first track, “Clearly Distorted”, to the deeper and more jazzy sounds of “Words” and “Try Harder”, this EP shows how clearly these two gentlemen out of London have utilized their combined creative worth to provide a fresh experience.

Although clips of this album have been out on Jay 5ive’s soundcloud  for a while now, and the release was about two weeks back, this EP is well worthy of mention.  With Each track as valuable to the arsenal as the next, please give it a listen start to finish.  Clips of the album below.

Well I’ll tell you what, I’m pumped about these two tunes. Skream just posted them up to soundcloud about 6 hours ago and both of em deserve a post. I think Skream may have just perfected the balance of darkness, grime, and cleanliness with these tunes. Reverbs – perfect. Percussion – crisp of course. Creepy, dark vibes – check.

What’s really amazing to me, is that in this well saturated Dubstep game, Skream is able to STILL come up with unique sounds and patterns, and maintain his signature style. He mentioned in the info of the two tracks that Youngsta will be playing these in the coming months, maybe this means a release on Tempa? Wouldn’t that be a treat. Big up Skream as always. Now check em!

This track Snaggletooth was up on Ganjaology a few months ago before the song was released.  Now it’s available exclusively through Dubstep.net for free! This tracks an absolute banger.  It’s rubbery, wobbly, crunchy, and downright dirty.  Enjoy!

Hailing from the redwood hub of Humboldt, Treemeista prides every sound system with renegade rhythms.  The ruff stylistic intro will hook your ear drums Captain Hook style and keep your senses locked in to his swamp of sub-bass, heavy, 808s.  Honing Intelligent Bass Music, Treemeista, drops his style in a dripping, wobble, dub mode that keeps the energy flowing strong through reverbing selections and wicked bassline combinations.  Don’t miss out on Volume 3 of this massive Swomp mix series.

Big up to the Dubsalon for this wicked LP, every single aspect of this well-crafted piece is absolutley amazing! What grabs my attention most though is the groovy percussion, every hit, every fill is so clean and panned ever so proper. The album changes tempos every so often giving the listener a nice relief from the previous groove, nothing but good vibes coming from this piece. The first tune on this LP entitled “In a Dream” hooks you into this deep space ride, training you, getting you ready to expierience something many people will never get to encounter. With synths that sound as if they were falling from the skies and ambiences only those of different galaxies can comprehend this tune takes you on a ride you won’t soon forget, and of course right smack in the middle is a thick bassline just carrying the tune right along. I suggest opening up your mind and forgetting all that you know and just letting the music take control, many people may say that but it’s not very often that the music is as smooth and thorough as this. The next tune on the album cannot be named more perfect, it is called “Shifting mood” and that’s exactly what the music is doing, the tempo slows down giving the tune kind of a “moomba” percussive feel but forget all those mid range squelches and noises, nothing but pure music and positivy is layed upon this beat, once again I love Dubsalon’s use of panning he really makes sure your head is in a different place when you listen to this, the space he provides is unbelievable and only helping that is the increble use of delays and reverbs, so clean and no masking. With all the space there is so much room for melody and Dubsalon took advantage of that like no other. Dubsalon tends to keep this slow groove for a few more tunes before bringing the tempo back up. The order of the songs on this album is even awesome, this being one of the most important things (even though most don’t know it) it makes sure the listener does not feel too dragged along and listening to this album… well, I DID NOT want it to end. BIG UP DUBSALON AND BIG UP IDEOLOGY RECORDS!

Pick up the album here (free)

Here are a few tunes from the LP

THIS ONES A STINKAH!! Haha…seriously though…Stinkahbell went in extra hard on this one.  I’d take this over Jay-Z and Kanye any day.  Nuff said!  The samples are hot and the wobbles are killin’ my speakers! In a good way.  Okay, CHOON IN! Huge shout out to everyone in the UK coming with that next level bass music for ears worldwide.

Suuuper dark track comin from Demon and Beezy, if you’ve heard tracks like Dark Ages and Serial Killa then you already know what this means. I’ve been hearing this one on Beezy’s latest mixes as well as the rest of the HENCH crew, and for a while I was dying to simply know what the title was. This one’s a bit on the deeper side rather than the heavier tunes like (as I mentioned before) Dark Ages. Sadly Dementia only has a minute long clip available to preview as of right now, but it’s better than nothing! Enjoy this one and listen on some proper speakers for the full song!!

Skream will never cease to be one of the worlds leaders of the most elagent and majestic dubstep produced in our time.  This is a tune put up on SoundCloud last month called Dark Keys.  As you can already know without clicking play, it’s a banger.  The name pretty much takes care of the description of the song too.  Dark Keys…I’m going to guess that this is a pretty deep and minimal track that is graced with the presence of Skream’s oh too erie synth rhythm.   Aaaand we’re on to listening now! Click play.

If you’ve ever read any of my other posts you’d know that I’m a promoter of anyone who sticks close to the garage/dubstep feel that originated out of England. Although these guys are fellow Yankees, they keep the dark dubstep feel and have a great unique sound. This swung banger is sure to get any head boppin and has these weird stabs that provide a dark heavy sound. Biggin up Megalodon on this big tune, Check IT!

I couldn’t find anything on the artist, but this is a big EP that will be coming out tomorrow on Soulstep Records. Really the only thing I can tell you is that the label is out of the UK (who would have guessed) and that the tracks are deep. Definitely baggin this EP in a few hours. Check the soundz!

Really been diggin’ this dude’s vibe lately. Banger after banger with his dark underground sound this German producer is coming up fast with a unique fashion that will destroy any dance floor that stands in his way. Check out his promo mix. !DANGEROUS!

Happy Halloween everyone!  Seattle is a wonderful city to be in this weekend.  People already dress more outrageous and wild than most other cities I’ve visited, so you can only imagine what Halloween is like!  There are zombies everywhere you look.  And no rain! That should be noted.  Here is a huge Halloween tune from Ill-esha to make your fright night just that much better.  Enjoy!