To bring in the new year, Cleveland based deep dubstep producer, Rasper, is going to be releasing some low frequency sounds on the Ohio label, Rockers Dub.

Burrow EP is made up of three tracks that all carry fat sub lines and are riddled with a nice distant percussive feel.  The EP flows very well together, and can easily be played a few times through back to back.

Deep dubstep may have taken a back seat in the world of electronic music, but the genre is still very much alive.  With producers such as Rasper in every corner of the globe, this genre will hold it’s ground and be there for all the true heads.

Grab a free download of Where I Call Home (track 3), and when Burrow EP drops, make sure to get a copy on Juno!

Here is a new tune, Liquid Sunshine, from Ganjaology’s own, Psychedelicacy.

You can download Liquid Sunshine for free via the Ganjaology BandCamp.

Stay tuned for their debut EP dropping in early 2015…

Tampa Bay based artist, Subtle, has blessed the world with a beautiful free download of his latest track, Don’t Tell Me, which he released independently.

Enjoy this freebie and stay tuned for a collaboration project between Ganjaology and Subtle coming this November.

Ganz has really crushed this remix of Alison Wonderland’s original tune “I Want U”. Caught somewhere between Trap and Dubstep, this tune really shows the Dutch producer’s signature sound. His huge synths paired with crisp percussion layer so nicely to surround Alison’s angelic voice. Biggin up the Ganz!

Damn, I hadn’t heard of Kreesha Turner until I saw this video, but as soon as the beat dropped I was instantly a fan. Everything from her style, to her flow, to the aesthetics of the video is amazing. It seems as though she has somewhat reinvented herself since her earlier work, as this sound has more of a raw sexiness to it. Her track MJ is the second single off of her forthcoming album cleverly titled “Evolution Inevitable”. This Edmonton, Alberta native has everything it takes to be a star, and with various Juno and Much music awards she is more than on her way.

Check out the video below and stay tuned for her full length album, we can’t wait to hear more from this girl. 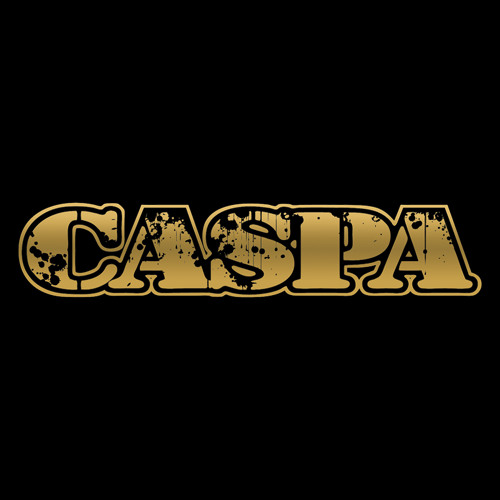 THE BITCHES ALL LOVE ME CUZ I’M FUCKIN’ CASPAAAAA!

THE DUBSTEP DON IS BACK WITH A HUGE SOUND!

” Caspa – Creatures Of The Night ”

Tags: Bitches All Love Me, Caspa, Creatures Of The Night, dubstep, free download

I had to really meditate on this album to even get on a level high enough to post about it. These trapped out philosiphers  have created a set of tracks that deliver you a dose of higher thinking in the utmost hood fashion. Trap Rap’s first boy band, consisting of Goldfacemoneywatch, Mondo the Moonrock, Kick Dose, Boy Bando and Believe, has created all of their media from scratch. From the intricate production, to the crisp engineering, to the next level lyrical content, Dose Money has birthed this unique album with their Dosed Trap flavor and done it all themselves.

Now, there’s a few different levels to this album. Beyond this perfectly imperfect trap sound, there’s an underlying theme to this group of tracks. This album’s aim is to bring a higher level of thinking in the form of trap music. In other words this album is meant dose all of East Cleveland in one fell swoop. Each of the songs stick close to the dose topic but talk about specifics like the necessity of having multiple cell phones, or moving weight in bulk in order get the best profit margin, topics that need to be properly discussed.The groups first single “Halloween” is all about ‘serving of the porch like its halloween’, one could say the group in this song is trapping a higher sense of existence. When teamed up with the dark, crisp visuals shot by Dose Money’s own Believe, the track is truly complete.

All of these tracks come together to form the groups carefully crafted debut album “DO$E”. I must warn you, before you click play, make sure to allow a solid amount of time to let this album set in and deliver you the intended mind opening experience.

Check out  DO$EMONEY’s debut single “Halloween” below and grab the whole album for free!

Here is a brand new tune from the dubstep heavyweight, DZ.  The futuristic West Coast vibes don’t stop coming from this free download, GOT.  Grab your copy, big up the OG dubstep producer, and burn a nice fatty to DZ’s new sounds!

The Toronto based producer Nightizm, has just released a nice two track EP free for download on his soundcloud as well as bandcamp! The EP has a trap sounding base however you can hear Nightizm’s unique sound within it, which I love.

The first track titled “Zone Four” has a dark spacey vibe to it, with amazing sub work to go along with the massive pads. It moves along with deep chords and spacey verbs while the sub subtly blows your mind. The second of the subby duo, “Plight” has the same dark vibe yet it maintains its own character with various reverberated samples and pads with more of a traditional trap sound. Both of these tunes are well produced sub/trap masterpieces from Nightizm, sure have your head bobbing and your sub thumping. Big ups to Nightizm for this one! 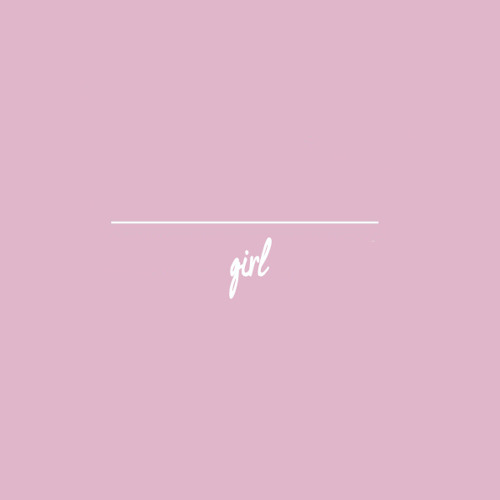 This song is enough to drive a person insane on the dance floor.  With sweeps and wooshes that keep you feeling like you’re in a windstorm, Great Britains, Last Japan, is putting out an incredibly deep bass music tune via Four40 Records that will remain relevant forever.  Four40 Recorsds never fails to release the hottest original dance music for the world. Big ups to everyone  involved with this project! Oh yeah…FREE DOWNLOAD!

Hailing from Seattle, the producer Dubtek is killing it with the deep sounds. While the majority of the sound is low end, this producer maintains a nice energy as this entrancing sub stomper rolls on. Definitely check the tune below and if you dig it, grab it! Its available in WAV for free straight from his soundcloud!

Also, below is a new remix Dubtek did of Truth’s tune “Southern Nights” (Available for free), as well as an unreleased banger along side the kiwi bass master Chewie.

Bay Area dub guru, Roommate is gearing up for the release of his newest EP entitled Treasure Island, set for release January 2013 with Avocaudio. As the label head of Avocaudio, Roommate aka Justin McCauley has as much artistic license as he could ever want. It’s no surprise that this man’s colors are showing through, once again on this huge release. If you are looking to identify the dance hall legend of the new millenia, look no further. Roommate has it all. The man, the legend, the sound… the love.

Check in with Roommate at one of his many online musical outlets below, and enjoy this free download!

[this bear is trapped out]

And with that, it’s time for me to get off the mountain.

See y’all in Seattle this weekend for…

Hello Wonderland escapees!  We had to give a quick shout out to our homie Gydyr who hopefully you saw during your time at the festival.  Gydyr was chosen to perform at Insomniac’s Escape From Wonderland art car stage this past October because of his submission to the Discovery Project that was taking place prior to the festival.  The Discovery Project was a project that asked artists from around the world to submit their music to Insomniac, and they would then pick several winners who would earn the right to perform at this years event.  Gydyr came into this competition burning hot with an electro/techno track entitled Headless Hollow.  After hearing this track once, there is no questioning the fact that he put in some serious work, and in return is putting out some serious vibes!  This is a free download from the Californian producer.  Be sure to add it to your music library! Big ups Gydyr!  See you sooner than later!

Press, a staple in the Seattle dubstep scene who represents  Shift Recordings, has just released a free track he’s been sitting on for a while entitled Rinse It.   Interlaced with distant jungle sounds, echoed out clicks and knocks, chest thumping drums, and eerie synth lines,  Rinse It projects some seriously deep vibes set in an atmosphere of an unknown world, that can only truly be heard with the power of a subwoofer.  Enjoy the free download from the NW dubstep producer and stay up to date with what Press is putting out via SOUNDCLOUD or FACEBOOK.  Enjoy!

Here is some FREE brand new Ill-esha for ya!  This is her remix of the J. Cole and Missy Elliot collaboration track entitled Nobodys Perfect.  Ill-esha has been giving out a ton  of new tracks via her facebook recently.  With over twenty free songs that range from glitch-hop, to dubstep, to mid-tempo bliss, you’re bound to find a few on there that will perfectly match your need for bass.  Ill-esha’s version ofNobodys Perfect a perfect blend of glitch and dubstep.  The bass line and drums are super thick and not too distorted, while the vocals are slightly chopped up, resulting in the song riding really smooth and not feeling overly glitched out.  As for the synth lines, they could come from nobody else but Ill-esha.  She’s got great style!  Hit up her facebook page and get this remix free along with tons of other tracks!

Out of all the shows I traveled to and was able to add energy to by breaking out some very rare moves on the dance floor, one show I will never forget is Datsiks set at Shambhala a few weeks ago.  It was my first time seeing him, and for some reason (probably due to living in Seattle) I envisioned the crowd being overrun with Skrillex loving 14 year olds on too much ecstasy.  It was totally the opposite though!  The crowd was full of Datsik lovers from all over who were as positive, fun, and enthusiastic as you could find.  Shambhala is 19+ too so that really took care of a lot of the nonsense you see going on at his and many other big dubstep artists shows in the States. The Village stage at Shambhala was BUMPIN.  Datsik played everything from dubstep, to electro, to moombahcore, and beyond.  All of a sudden an hour and a half had gone by and I needed to sit down.   I can’t remember if this track was dropped at the Shambhala 2012 Datsik performance, but it’s dope and brings back some good memories.  It’s a song called Too Late  which was produced by Truth, some of the deepest dubstep artists in the game, and features Datsik and Yayne.  The melody is gonna be stuck in your head after hearing this one one time.  Enjoy!

Thanks to Dubstep.net this one is a FREE DOWNLOAD too! Get this in your music library

This track Snaggletooth was up on Ganjaology a few months ago before the song was released.  Now it’s available exclusively through Dubstep.net for free! This tracks an absolute banger.  It’s rubbery, wobbly, crunchy, and downright dirty.  Enjoy!

Here is some new freshness to add to your trap collection from Paper Diamond.  This ones a big anthem. I’m listening to it through earbuds right now and am highly anticipating the moment I arrive home and get to hear The 40 Thieves through my speakers!