Big up our partners Heart and Sole, GANJAOLOGY, Flower City Gift Shopand RWD FM plus all the homies that have contributed to the inspiration for this event.

We GIVE THANKS to you!

For those kickin’ round the rustbelt, Ganjaology Resident selector #MANAMEN will be teaming with Cleveland local THUNDER ST CLAIR to bring you INNATEK SESSIONS – an evening of high potency UNDERGROUND DANCE MUSIC. This fresh monthly event will feature local and national DJs mixing the best in internationally recognized high vibrational sound system music.

Get up and get inspired. This one’s for the true heads.

Big up our partners Heart & Sole, Ganjaology, Flower City Gift Shop, and RWD.FM plus all the homies that have contributed to the inspiration for this event. We GIVE THANKS to you!

Young Norwegian producer, Cashmere Cat will be performing at Cleveland’s premier east side venue The Grog Shop this Wednesday March 4th. CC aka Magnus August Høiberg has made serious waves on a global scale in the last few years since the release of his debut EP Miru Maru in 2012. Famous for his intelligent remixing of some of todays hottest hip hop and R&B acts Cashmere Cat has cornered the market with this a creative style of future bass all his own.

He will be supported by Cleveland locals Sean 2:16 and DJ Corey Grand. Plus be sure to head down to The Grog’s sister club B Side Liquor Lounge after the show for sounds by Noah Peele.

I had the pleasure of rolling down to Lightning in a Bottle this past weekend, and damn… What an event!? As usual, Do Lab just does it right. Nice up to the whole team!

While I had the chance to catch some stellar national/international acts, one of my favorite sets came from the homie Brice Lowell of PDX, aka PRSN. I’ve been hearing more and more from this cat over the past year and his sounds are seriously fire. I came home and immediately dug into his soundcloud to get a better ear on what he’s been putting out. This mix was bumping on repeat from one the steeziest vendor booths at the festival, the shared shop belonging to Portland designer Rags To Muffins and Oakland designer P.E.A.C.E. Fits. I had to bring it to the forefront for all you online listeners.

Check out PRSN’s mixtape entitled Third Person here. Look out for this guy this summer. He’ll be performing at What The Festival!? outside Portland, OR at Wolf Fun Ranch.

Turn up and tune in! 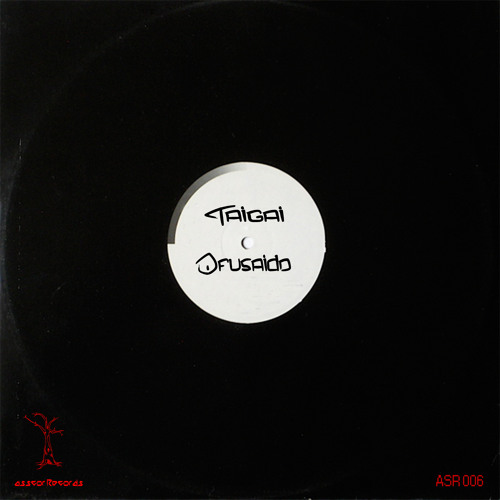 Really feeling the deepness on this release from Ukranian recording artist Vladimir Kojevnikov, better known as Taigai. This two track EP released just this week and it’s an impressive sound from this little known producer. Keep your ears open for Taigai and look out for more stellar releases from Ukrainian label Asscor.

Just in time for NYE, Seattle based producer and DJ Land has provided for us this revelatory mix. Probing deep into the sexy and curious sounds of DnB, footwork and future bass, the mix features sounds which will caress the ears and sooth the senses.

The story begins at the end, that is to say that the mix starts off with a sample from the Epilogue from Brave New World. Quickly setting things in motion, this mix takes the listener full tilt into a land of magic and mystery, where one can bend the laws of physics. It is here in this strange land we may learn a little bit about the man, the magician, the creator – Philip Frost aka Land.

From his time as a youth in North Carolina, Frost was fascinated with the sounds of new and different music. He found excitement in alternative frequencies and was specifically drawn to the stimulating future sounds of Jungle. After purchasing his first pair of Technics in 1995, Frost began learning the craft of DJing. Using the moniker FROST, Phillip shared the stage with many large acts including Method One, Icey, Diesel Boy, Decoder, Tech Itch, and more.

In the year 2000, Frost moved to Nashville and began his journey into production. He was working simultaneously with Altruistic Productions to launch a new nightclub. Frost soon learned that his preferred style, which is more focused on the IDM side of the sound spectrum would be supported better in an alternative environment. After an exciting few years of production, promotion and planning in Nashville, Frost left his south eastern roots and headed west.

For the past few years, Frost has resided in Portland, OR where he has been involved in a number of large scale productions including participation as an event planner for the large outdoor event known as TECH TREK. Working with Horizon Events, he was pivotal in manifesting the hugely successful RESOLUTION which kicked off 2012.

Currently, one may find Land performing up and down the North West Coast of the United States at any number of clubs or festivals. His focus in sound centers around 2step, Bass, DnB, Techhouse, and Techno. In 2013 he launched his label AmitiGroup Recordings. Look out for big things from this man in 2014 as he’s clearly on a path toward greatness.

In the meanwhile, enjoy this mix of seriously engaging selections which will keep your ears excited for the next hour. Enjoy!

Just reconnected with one of the phatty DJs to play at Photosynthesis Festival this year. Phillip Frost aka Land is a newer head on the scene here in Seattle. Check this set from Photosynthesis. With a solid four on the floor pulse to start things off and moving nicely into some deeper sounds through ’til the end, tis mix is filled with pure vibes. Large up!

So I’ve been really digging the music I have from the classic Berlin dub duo Rhythm & Sound, and I was searching for some new tunes from them when I came across this remix by Toronto based dubstepper, nonXero. While at first I was skeptical, after hitting play, I was immediately sucked in. The flavor with which he highlights the tune is exquisite. Crisp and clean, yet echoing with rushes and sweeps, the track breaks, builds, breaths and bellows… bursting with delicious atmospherics and heavenly bass.

If you are not already hip to the music coming from nonXero, I would highly recommend you tune in. He is a staple of the Toronto electronic scene and heads up 1N 7H3 M1X Records. I added a few additional tracks for y’all to groove to. Many of these include DL links. Get served!

Big up nonXero, the Toronto bass scene, and most importantly… yourself.

Tonight in Seattle, People Music is hosting an exciting showcase of smashing electronic musicians to mash up the dance floor. At the top of the bill is Chicago raised, Brooklyn based producer Brenmar. Known for his unique sound, Brenmar intertwines popular R&B hooks with chicago style juke, UK bass, and a his own NYC club crusher style. Next up is one of our favorites out of Vancouver.  Self Evident is known not for any specific style, but rather for his impressive display of mixing multi-genre sets which are as deep as they are alive. Both of these heavy hitters, will be performing for the first time in Seattle tonight. Don’t miss it!

Also, be sure to get there early to catch the superb local talent which will be supporting.  We have novaTRON vs. DJ Shapeshifter on a dual set, as well as H$H (DJ’s Domino MF and Bobbi Rich). The event, which will be held at Lofi in Seattle, will be turned up with custom sound by Starbourne!

Looking forward to seeing you all out at Lofi tonight!! 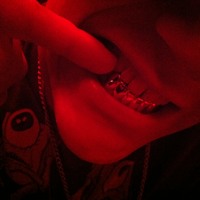 Just heard this mix from the homie C. Markle out of Portland and it’s definitely worth sharing.

Some truly soulful vibes on this bubbly future bass mix.

Get lost in deep space with Teknian’s VIP track Isolation.  Releasing Isolation on Martian Bass Records, Teknian has endowed us with a free download of this massive space kicker.  Teknian’s mad music magic will flood your ears with thick sounds of raw percussion, enticing female vocals, and jazzy drum set influences.   The crafty syncopated accents fused by the forces of solidifying bass slaps and slurs.  So turn all your knobs up to eleven because this rudeboy reverb will rule them subs.

Did you say you want to hear some spacey shit? How about some beautifully crafted, crippling future sound. Oh and you want it sexy? And you want… what’s that? A little mbira mixed samba vibe to start things off. Funny you should ask.

Take a listen to this mix by Shigato for the London design label, Streets of Beige. Be prepared. These sounds are guaranteed to put you on the lean. Get ready to sink into that seat and turn your headphones up.

Sometimes when the cold of winter is getting to you, its important to remember that warmth will come as the seasons change. This track, aptly titled Summer Lovin is keeping me warm this season.

Oh you liked that one. Here’s one more by Sleepyhead.

Nature Rage – Let Me Show You

This one is hot off the press, so to speak. Released just yesterday on SoundCloud, this track is a beautiful representation of the power of sound. With its incredibly seductive chord sequencing and synth patterns, Let Me Show You will will surely prove valuable when played through your bedroom boombox. Through whispering samples and portent percussion, the track begs for for release. MMMMmmmmmm….

Seemingly unsigned, we don’t know too much about the D.C. artist calling himself, Nature Rage. If you are out there Mr. Rage… please provide instructions for purchasing your tunes.

And while you’re at it – Big Up Yourself!