Listening to this song makes it oh so easy to imagine ones self in warmer climates.

Such vibes on this, Swindle does it again.

Free music from the Cleveland based producers Rasper and Thunder St. Clair! Check this clean produced, heavy bass track from to of Cleveland’s finest. If you dig it, the two have kindly offered it as free download on Rockers!

This EP is a great example of where pop music is going to be going in the next year or two. Drawing production inspiration from more underground outlets like Trap, Dubstep, Deep House, and HIp-Hop the EP provides a fresh array of songs. When you mix those inspirations with Sevdaliza’s entrancing vocals and incredible song writing, you get fresh, unique music that will set trends for plenty of others to follow.

Check the sounds below and buy the EP on itunes

The Dark Sub Lord J:Kenzo is set to release a 3 track EP on vinyl and digital via Tempa. The tracks are said to be released in March 2015 so check the the smooth bouncing tunes J. has produced and get set to own ’em for yourself!

Check out this Reggae mix from one of Cleveland’s finest selectors, Damian Lauderbach. This hour and a half mix is filled with nothing but positive bass music, and good vibes. One after another Damian sifts through nothing but beautiful tunes so sit back, relax, and enjoy the mix!

What do you get when you take good production, sex appeal, and a tight mc? Well, a really good party, but you also get the song “Room 302” by Future Brown and Tink.

This four piece futuristic producer group based in LA and London have linked up with one of Chicago’s top emerging vocalists Tink, to create a truly progressive song. This fresh production, teamed up with Tink’s RnB flavor, creates a smooth tune with a hint of grit to it. Future Brown’s sound has said to have taken influences from both whats going on in the London Grime scene, meanwhile combining the fresh sounds of Chicago Rap and you can hear a touch of both in the song below.

The group’s self titled full length album is set to debut on Warp February 24th, so if you dig this one get set for more to come.

This 6 track EP comes straight to you from the San Diego based duo Nu Lonn Duke. Each track has its unique soundscape, all providing an individual vibe and ambience perfect for anytime of day.

These two producer/engineers have created an abstract EP that is not only easy to listen to but enjoyable and audibly intriguing. Stream the album below and download it for free!

Don’t know where to start with this other than Skeptical‘s production is downright next level. The production that is showcased in each of these four tracks is not only motivating to me but should be listened to by all producers and studied. The UK based Dubstep and DnB producer has found the perfect balance of cleanliness and grimeyness in each track.

This 4 track collection is set to release on January 19, 2015 on Exit Records. I can’t decide which track is better, just check it yourself.

Below is the tenth installment of the sub bass rooted Seismic Shift Audio Podcast. This podcast consistently is showcasing fresh sounds in the dark, tribal, sound system production world. If you’re looking for whats going on in the true Dubstep culture, this podcast is a great place to start.

For this edition of the podcast, they have brought in Dank N’ Dirty Dubz head Sashwat. This mix is full of Low Frequency and Rinses through big tune after big tune. Check this hour long mix of dark, minimal vibes and subscribe to the podcast here!

Out now on Sublimated Sounds,l is the talented west coast DJ/Producer Grim’s remix of Loww Fi’s deep tune Mosaic. As always, Grim has nailed it with the production and re-imagined an already deep tune in his signature grim fashion. The whole Mosaic EP is available now exclusively on Juno now so g’wan and support these talented artists!

Attention sub stompers and low end listeners the Dubstep don’s by the name of Truth are getting ready to release their full length album entitled Hollow World. The 14 track album, filled through and through with their signature sound across the BPM spectrum, is set to release June 10th on Firepower Records and is sure to do numbers.

The two hailing from New Zealand are some of the most productive and consistent producers in all of bass music, and from the sounds of these previews, they haven’t held back a bit. They’ve collaborated with many different artists and have kept it fresh throughout this deep sub-bass experience by implementing the grimey sounds of Joker and the precisely rhythmic vocals of MC Flowdan to name a few.

Listen through to each of these tracks and take in fresh sounds these two talented guys have provided, and get set to grab it June 10th! 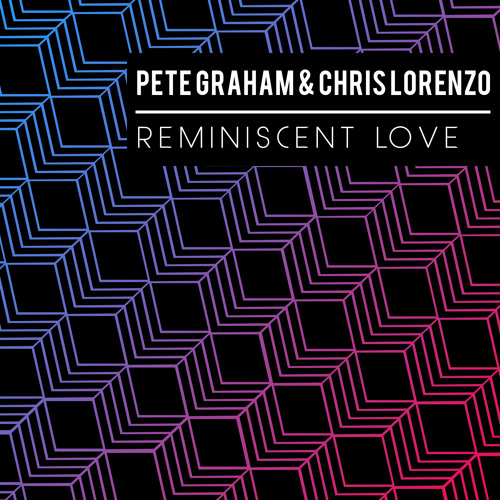 Anytime I catch wind that Four40 Records has a new release out I get excited.  The latest release Four40 put out is by Pete Graham & Chris Lorenzo.  The name of their EP is Reminiscent Love.  From the eerie intro, all the way to the catchy wobble ridden bass line, the first track off Reminiscent Love, I Love You So, has gotten me hooked on this new take on house.  Enjoy the EP and grab a copy for yourself off Juno!

First heard this song back at Snowbombing in April, and have been dying to hear songs off their upcoming album. After re-listening to All Night over and over again for the past day or so, I can only say that I am even more excited to see what new material they have in store. My favorite aspect of this song, which has been oddly controversial, is the so called ‘anti-drop’. Although artists like Enei, Mefjus, and Emperor have been dabbling with this form of drop in the Techstep DnB world, I haven’t heard much of it in the melodic stuff that Camo & Krooked are quite well know for. So have a listen, and deeeefinitely keep your eyes peeled for any new C&K stuff!

Well… This track has been out for 13 hours and it already has almost 200,000 plays on sound cloud. If that doesn’t tell you that this song is a tune, just listen for yourself. Flume aka Harley Streten, is a 21 year old DJ and Producer from Sydney, Australia. He’s definitely got some skill on the production end. I have yet to hear a mix from him but with this type of audio talent I’m sure he can spin a few tunes. This one is unique, it’s production is clean, and the vibes on it are sick! Check this one below if you’ve got a second.

I’m so glad to post that the amazing electronic producer is back to his roots. I talked to him briefly in orlando after his show at Bliss Ultra Lounge about a year ago and we got to talking about the heavy stuff he had been producing versus the deeper side of things that he first started out with.  He explained how he loved all of the heavy Dubstep/DnB however  his “true passion” lied within the deep, reggae infused music. It seems that he’s making that move back now.

This ambient slow groove reminds me of his stuff off of Intergalactic Slapstick except slowed down quite a bit. This guy’s production is so full. He truly paints a picture with all of the rainforest like noise, meanwhile having an awesome song on top of it. Check the new Liquid stranger titled “Sorb”, it’ll have you in a nice chilled state. Massive ups to Liquid Stranger as always!

Lightning In A Bottle – Rush N Get Em Tickets On Sale!

There is only 24 hours left to purchase your Rush-N-Get-Em discounted presale tickets for The Do Lab’s legendary music festival in Temecula, California, LIGHTNING IN A BOTTLE.  Having moved locations this year, the energy at this festival is going to be like few other in the world.  Music, art of countless different forms, people from every corner of the planet, positive vibrations, and a beautiful landscape, will create an unforgettable and magical memory for all participants alike.

The lineup is still unannounced but stay tuned for more about Lightning In A Bottle….

Look out! Naturally thriving in the dead of winter, Eskmo is set for yet another big EP release this season with Ancestor Records. I guess it’s irony that allows one of the world’s coldest producers to reside in sunny southern California. The Terra EP will be the follow up to the recently released EP – Language. The seven song EP will be made available for “pay what you will” purchase via Eskmo.com on January 21, 2012.

If you love this man’s music, be sure to grab the files…

And if he’s landing in your city, don’t miss the show!

Here is a brand new video from Beats Antique for their song, Skeleton Key.

Whoah! I gotta say, if someone had played this for me and asked me to guess the producer I would have been waaaaay wrong.  Yes, Caspa is on his hip-hop game.  Check it! Of course, it’s a banger.  Big ups!