Tune it to this incredible podcast from Secret Archives Of The Vatican.  If you’ve been missing out on some upbeat world bass music, this is your fix.

Attention sub stompers and low end listeners the Dubstep don’s by the name of Truth are getting ready to release their full length album entitled Hollow World. The 14 track album, filled through and through with their signature sound across the BPM spectrum, is set to release June 10th on Firepower Records and is sure to do numbers.

The two hailing from New Zealand are some of the most productive and consistent producers in all of bass music, and from the sounds of these previews, they haven’t held back a bit. They’ve collaborated with many different artists and have kept it fresh throughout this deep sub-bass experience by implementing the grimey sounds of Joker and the precisely rhythmic vocals of MC Flowdan to name a few.

Listen through to each of these tracks and take in fresh sounds these two talented guys have provided, and get set to grab it June 10th!

With Lighting In A Bottle less than a month away, people from across the globe are gathering their energy and preparing for the journey they will soon be making to Southern California, for one of America’s most unique musical gatherings of the year.  As you’ve probably heard already,  The Do Lab has done an extraordinary job (once again) booking the most original and inspirational artists to bless LIB with the sounds and vibes that participants crave.  One of the groups that I love to see time and time again are the West Coast duo, Desert Dwellers.  Amani Friend and Treavor Moontribe have an incredibly unique electronic/world sound that mostly contains a downtempo/glitch-hop vibe, and is composed of live instrumentation, new-age synthesizers, and fat gurgling bass lines.  You’ll surely enjoy this easy listening, positive music.  Make sure you don’t miss their set at Lighting In A Bottle this year! 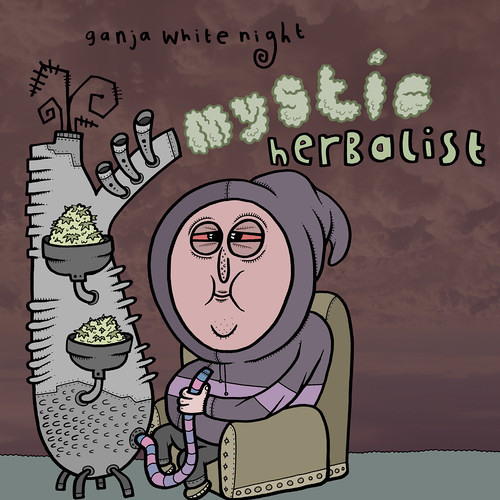 Ganja White Night has got a new LP coming out called Mystic Herbalist that is packed with 8 hard hitting, extra wobbly dubstep tracks.  A couple of the tracks are a little more deep and minimal, while the others tracks have got a very dubby reggae/world vibe to them, ultimately creating an album with a lot of character and leaving every song very distinguishable.  There are a lot of positive vibes being thrown out by this mix, so have a listen and dive into the sounds of Ganja White Night! 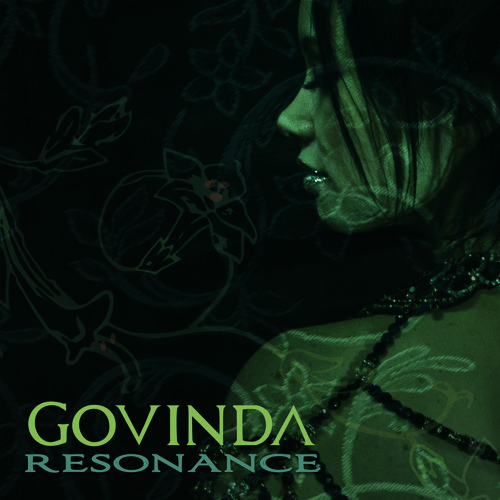 With a heavy middle eastern influence and a passion for reggae, Zvuloon Dub System has emerged as one of Israel’s, and Europe’s for that matter, best reggae bands. Much like the origins of reggae, their most recent album “Freedom Time” sends strong messages of peace and the end of political strife. The members of this band all share heavy ties to the idea of freedom, including the lead singers own personal journey on foot through the desert – from Ethopia to the promised land referred to as Israel.

MOOMBAHTON FROM GERMANY? LETS GET IT!

BUZZ A BUZZ IS HIS NAME!

WHAT YA DONT UNDERSTAND, IS I’LL CATCH A GRENADE!

It’s been a little while since we’ve had an hour long mix up on Ganjaology, so here ya go!  This is the Alchemy Amalgamation mix by Govinda featuring some unreleased tracks and some songs off of  Universal On Switch.  Enjoy the worldly vibes you’re going to get with this one and be sure to check out Govinda in a city near you during his summer tour this year.

LOOT HAS BEEN RELEASED

Filastine, one of the global dance scenes most sought after bass music producers, has just released his 3rd full length album (the first two being Burn It, which was released in 2006 and Dirty Bomb, which was released in 2009) entitled LOOT.  Along with this 13 track drum driven piece of art is Filastines latest music video for the song Genjer2, a collaboration he did with one of Indonesia’s finest vocalists and his good friend, Nova.  Genjer2 is nothing but pure beauty.  The music video, directed by Astu Prasidya, has a rich warm dark feel, and an even richer expression of emotions and one overall message.  FREEDOM FOR ALL.

The videos for No Step and Gendjer2 are just a small preview of how incredible LOOT truly is.  Words can not describe the beauty and energy put into this album.  Do yourself a favor and buy it.

**ATTENTION EVERYONE IN THE NORTH WEST**

Filastine will be performing at Chop Suey on Capitol Hill in Seattle, Sunday in night with Heyoka for his LOOT tour.  There are no excuses not to be at this event put on by BassDrop.  Support the local bass crews!

Egon Brainparts of Bossasaurus (Oakland, CA) has brought us an incredibly beautiful remix of Doe Paoro’s (Brooklyn, NYC) song, Born Whole.  This is some SEXY dubstep for all you bass ladies out there in the world.  For some reason the intro makes me feel like I’m in Miami in 1988…then the smooth melody distracts you and carries your heart and mind away to a world ruled by clean, hard hitting drums, crisp, bubbly wobbles, and an atmosphere consisting of glitchy goodness.  Egon Brainpart is just getting started this year, so keep an eye out for more tunes from him and the rest of this crew, Bossasaurus, here on GANJAOLOGY.ORG, on SOUNDCLOUD, and through their BANDCAMP.

Dubamine is comin’ in tuff with his new track Informer.  It’s got that distinct Dubamine sound…drums that hit your soul rather than just your ears, a bubbly wobble walking you through the scene, and a worldly vibe that leaves you no choice but to sway and smile… I think you’ll all like what you’re about to hear.  This tune is worth letting the neighbors hear!

We are not human beings having a spiritual experience.  We are spiritual beings having a human experience.  This is  The Human Experience.  I met David Block, better known in the music world as The Human Experience, at Envision Music Festival in Uvita, Costa Rica, two weeks ago under the most pleasant of circumstances, and at one of the most peaceful and magical festivals in the world.   Before my journey down to Central America I was unaware of how strongly I would be inspired by the new music I was getting exposed to and by all the spectacular and talented people I would meet along the way.  The Human Experience was one of those spectacular and talented people.  He’s as authentic a human being as I’ve ever met.  His music is a direct reflection of the energy he carries with him and at the same time expels through his kind and wise words on a daily basis. Open your mind and let his song Bucureşti echo through the walls of your heart and the speakers of your lovely home.  Bless up and light up!

Mat The Alien is bringing some heavy wobble action to the worldly side of dubstep with this track called HsPtL WbBL.  This song has the ‘Trade Off’ feel (as I like to call it)  to it, one wobble speaking for a few seconds and then giving way to to the next crunchy voice.  It’s definitely a tune you can sit back and vibe to or play in the club and shut down the dance floor!  What a nice blend between beauty and heavy.

Here is a nice little clip from Blanface of his new track, Persian.  I’ve always loved dubstep with a worldly twist added to it.  Check out the 808 and the sitar combo! It will bring you peace, happiness, and good musical karma.  Enjoy.

Listen low for tribal infused sounds weaving through deep and organic instrumentals.  “Whomp Shanti” will make sure to wrap you  in its ancient spiritual essence  of a web.  Attracting with tasty tinges of mystical sitar riffs Kalya Scintilla’s production proves as smooth originality.  While listening to this song of glitch, indulge in your own expression and live Kalya’s word of, “Dance the Spiral Never Ending.”  Let the rhythm and beat paint a tempting Eastern mirage of land dominated by golden sands.  Watch the bass bring about the Bellydancer’s and more as they show off the fresh, rolling, ancient flow of this antique beat.  Enjoy this brilliant tune and fill your soul with some sizzling Shanti.

Here is a a track I knew I would love instantly simply based off of the artists involved.  Beats Antique plays one of the best live performances I have ever seen in my life and David Starfire creates world electronic music that is years ahead of it’s time.  This track is impossible not to enjoy. So enjoy it.

So a couple months ago when I saw David Starfire at Contour, in Seattle, Washington, he opened up his set (it might have not been the first song but it was close!) with an incredible remix of The Beatles, Come Together.  He dropped the song and the whole vibe of the room seemed to shift in a positive manner and people were literally coming together on the dance floor.  David Starfire has a distinct sound that incorporates world beats, with glitch, hip hop, and dubstep, mashed up all together and spit back out with his own heavy bass take.  It’s catchy, inspiring, and gets feet moving! Enjoy this one.